Winning league starts for the 1sts and 3rds

Match reports for Saturday 7th May and Sunday 8th May, as Preston began their 2016 Saracens Herts League campaigns.

Preston took the derby spoils in the first of their two league encounters against Ickleford with an attritional win at home on Saturday.

Skipper David Fleckney won the toss and chose to set a target on a slow wicket. Preston started badly, losing in form Australian Justin Powick early on to Ickleford seamer Morris. Scoring was tough and at 21 for 2, a healthy total looked far from easy. A 56 run third wicket partnership between veteran opener Warren Hearne (23) and all rounder Paul Barker (48) steadied the nerves and laid the platform well. Wickets continued to fall at steady intervals and from 116 for 4, Preston slumped to a very gettable 150 all out. Ickleford’s captain Matt Marsden lead the way with figures of 3 for 14 and 17 year old leg spinner Jason Timm bowled with great control to record impressive figures of 2 for 26 off his 10 overs. 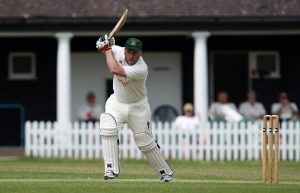 Paul Barker drives during his vital 48 (Credit: The Comet)

Ickleford’s reply was dealt a blow in the first over as Jack Edwards was clean bowled by Casey Hughes. Ben Mason was looking dangerous before he played on to a short one from Anthony Ender. Jenner and Howard then steadied the ship for Ickleford before Preston’s vice skipper Max Anderson took two wickets in what proved to be a game changing over. Still, Ickleford did manage to get themselves into a game winning position at 97 for 5 before Fleckney (3 for 9) and young paceman Seb Walton-Adams (2 for 29) went through Ickleford’s lower order taking their last 5 wickets for just 22 runs.

Preston will now look to carry on their good start at Old Finchleians next Saturday.

Preston’s 2nd XI started their Herts League campaign with a 73 run defeat at Old Cholmeleians. Choosing to bowl first, Preston hoped to restrict their newly promoted opponents’ scoring but instead conceded an opening stand of 89, finding it difficult to defend a large and uneven outfield. Taking pace off the ball, the run rate was reduced in the middle overs with Louis Harrington-Smith’s flight and guile taking 3-33 from his ten over spell. But five dropped catches and some effective Old Cholms hitting meant a total of 233 all out was eventually conceded. Keeper Liam Kenna impressed on debut with three stumpings, two catches and a run out.

In reply only Barry Turner’s well-compiled 54 achieved runs at the required tempo. Most of the Preston batsmen made starts but, finding timing difficult, were unable to build significant contributions and the innings petered out at 160.

14 bonus points secured but an improvement in all departments needed for the forthcoming home games against Hitchin and West Herts.

Preston 3rd XI celebrated their move to a new home at Whitwell with a win in a high scoring game against Northwood 3rds. After a rapid start from Preston’s openers John Garnham (37) and Matt Burleigh (32), it was Andrew Hedges’ stylish batting that dominated the innings. Hedges made 102 not out as Preston reached 270 for 7 from 50 overs, with useful contributions also coming from Nigel Biggs (35) and Greig Hearne (14). 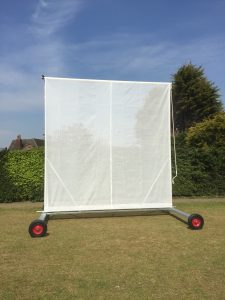 Preston’s opening bowlers Bhav Patel and Iain Purton kept things tight for a dozen overs, but Northwood’s strong batting line up then took advantage of the weaker change bowlers and soon had Preston’s high total under threat. It took two brilliant catches in the outfield by Patel and Biggs to turn the match Preston’s way. Even then, the experience of skipper Garnham and man of the match Hedges (3 for 32) was needed to end Northwood’s challenge at 239 for 6 from their 50 overs.

Preston 4ths travelled to Northampton Exiles 3rds with 10 men, so asked the home team to take first knock on a wicket that played better than it looked.Terry Neale and Jason Williamson kept the early batsman subdued, but it was Rupert Bruce equipped in his shiny new orange boots who was the pick of the bowling with 5 for 28 from his 8 overs. Jonty also chipped in with 3 wickets and 2 catches as Exiles were dismissed for 152. Alas, a reply of only 77 was made, with just Dave Saunders and Neale making double figures. However, 10 points were achieved from the decent work in the field.

Preston’s new Australian star Justin Powick made his second century in consecutive Beds league matches as Preston made it two wins from two games against Queens Park Westfield on Sunday. Powick shared an opening stand of 180 with another new signing, Alf Rehman (70), before Preston’s middle order took the score to an imposing 252 for 6 in 45 overs. 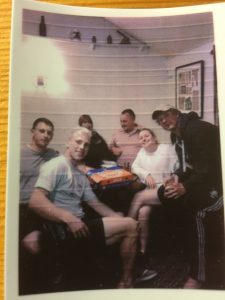 Queens Park started their innings in attacking vein and for much of the time looked to be in with a good chance of chasing down the target. But Preston’s spinners slowly brought their side back into the game, and Peter Murrell settled it with outstanding figures of 6 for 29 from his 9 overs. Park were bowled out for 226 with 4 balls left.

Preston sit proudly at the top of the table after two rounds. Next Sunday it’s our turn to miss a round, and instead we launch our 2016 National Village Cup campaign at Datchworth. Make yourselves available!