With enough players missing to fill two decent elevens, it was a great effort from Preston’s members to field four sides this weekend. Sadly, the club suffered the ignominy of a league whitewash.

Preston 2nd XI came closest to victory, with a fighting performance at West Herts IIs. Electing to bat first, Preston started slowly but steadily on a stodgy pitch that defied the initial verdict of “road”. Callum Blair top scored with 30, and Ashley Catlin was unlucky to be bowled off his foot for 24. Some late hitting by Andy Riant and Ollie Gallimore boosted the score to 166 all out from exactly 50 overs.

Preston got off to a perfect start with the ball as Ollie Gallimore picked up a wicket with the very first delivery, brilliantly caught by a diving wicket-keeper Martin Pierce. Some big hitting passed the advantage to West Herts, before Andy Riant chipped in with 4 for 24 to set up a nail-biting finale. But despite two good catches in the deep by Louis Taylor, West Herts’ young tail-enders managed to crawl across the line to win by two wickets. 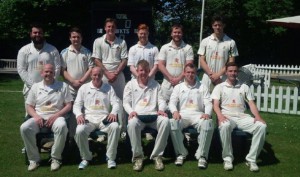 Preston’s young 1st XI were outgunned by visitors Old Owens, who racked up 217 for 8 in their 50 overs. In reply, Preston collapsed to a sorry 83 all out.

The 3rd XI came crashing back down to Earth after last week’s emphatic win, as visitors Watford Town 3rds smashed 296 for 5 in 50 overs. Preston were never in the running, and finished their 50 overs on 160 for 9, to lose by 136 runs.

Preston 4ths visited Northampton Exiles on Saturday and were asked to take first knock. Only skipper Dave Saunders settled down, scoring a gritty 51 and the next best score was extras with 27. No other batsman managed to get into double figures.But the hosts were made to work hard for their 6 wicket win as stalwarts Chris Newell, Terry Neale and Rob Parry shared the wickets. 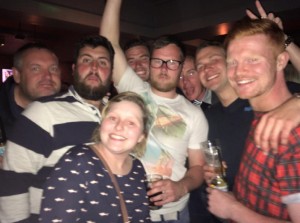