The 1st XI had to be content with finishing third in Div 2A, just below the promotion spots, after rain washed out play at tea time, leaving both sides with 10 points each for a “no result”. Div 2A champions Harpenden had scored 222 for 9 from 48 overs, a tall order for Preston to chase. Victory would have been in vain, however, as second placed Old Owens managed to bat for 20.0 overs against Abbots Langley (thereby fulfilling the criterion for a game) before the rain ended proceedings. Old Owens won on faster run rate, taking the full 30 points and the second promotion spot.

The Saturday 2nd XI arrived at Leverstock Green with high hopes of a competitive match, their hosts needing victory for possible promotion and Preston boasting a batting order longer than an enthusiastic match report. By the time Preston sheltered under a tree, posing for their annual team photograph (one photobomber in black trousers) during the teatime rain that was to see the fixture abandoned, skipper Ashley Catlin was reflecting on a bowling performance that resembled a squadron of tired bombers unable to locate their targets, as Leverstock Green’s burly batting line-up smashed 300-9 from 48 overs.

Mark Waters, like a Boeing Superfortress Bomber, was unlucky in his 10 over spell of 1-35 but most others had problems with the range-finder as too many balls dropped short and were simply helped to the short boundaries by the grateful LG batsmen. 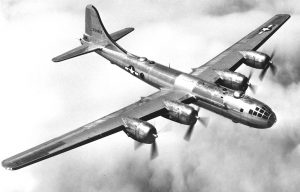 Alf Rehman (the team’s Vulcan Bomber with his newly sharpened darts) also found enough accuracy in his 2-47 to cause the top order some difficulty but others in the air fleet had spectators adopting the “Brace! Brace!” position.
Nick Jones, whose perennial self-chastisement makes him the team’s Fokker Bomber, took four wickets as Preston held all of their catches but received some flak during the hurly-burly of the middle order thrash.

Captain Catlin, the gently-paced Zeppelin Bomber, could not turn the tide. Ollie Gallimore, normally the off stump Harrier Bomber, was hit out of the attack quicker than you can say Barnes Wallace. Limited airmiles meant that the lesser-spotted Avro Lincoln Heavy Bomber, despite inducing one catch at mid-on, and Callum Blair (the Vickers Valiant Bomber of the Hitchin fixture) struggled too. Like Saving Private Ryan, there were lots of extras and casualties were not light!

Then came an excellent tea, lots of rain (the umpires abandoning play after a Nimrod Reconnaisaance Bomber patrol) and a dressing-room celebration of a good season in which many players have made strong individual progress, the team has played with a smile on its face and early season defeats have been converted to just one reverse in the last 12 matches. Cause for optimism when it’s chocks away for the 2017 season next May!

With the title wrapped up last week, the Third XI pitched up at Whitwell in bouyant mood for their final Div 10B game. Skipper Garnham lost the toss and for the first time since June 11th Preston found themselves batting first. Cunning plan by the Old Elizabethans’ captain, who claimed he had one of his better bowling attacks of the season.

Certainly the opening bowlers were useful, getting quite a lot of swing and seam. Matt Burleigh (14) and Will Mercer (27) negotiated them for a while, before Bomber nicked off to a decent delivery. Wilson played an awful shot to be caught at cover, and then Henry Morecroft’s brother middled umpteen shots straight at fielders before inevitably missing a straight one. At the other end, Wilson’s slightly more sensible elder sibling Tom crashed 5 boundaries before he too missed a straight one. Greig Hearne strode to the crease requiring 14 runs to make the league averages, despite having two hundreds to his name this season. He failed, trying to cut a ball that hit middle. Nigel Biggs was unfortunate as one kept low to rattle the stumps, and at 90 for 6 Preston were in a bit of after-the-lord-mayors-show trouble.

Not to worry, for the Thirds bat deep. Although dropped catches help. Third ball, skipper Garnham swept one straight at short fine leg, who spilled the chance. For Old Elizabethans, it was the innings changing moment. With the weaker change bowlers now operating, Garnham and Iain Williamson found the boundary with increasing regularity. Over the next 26 overs, they added 172 runs, which is probably a 3rd XI record for the 7th wicket and maybe even a club one. Skinny was dropped in the 70s but other than that it was one way traffic. A tired Garnham holed out to long off on 95, and Skinny ran out of overs to finish on 90 not out with the total 268 for 8 from 50 overs.

And then it rained, and that was it.

So it is farewell to Div 10B and we look forward to life in Div 9B with the likes of Redbourn 3s, Leverstock Green 3s, Hitchin 3s, and Sandridge 2s.

Preston 4ths travelled to Weston to play champions Baldock 3rds in the last league game of the season and were asked to take first knock. A modest 157/9 was posted off 40 overs. Top scorer was Chris Newell with 39, next best Pete Robbins with 32 and then Steve King with 28. Baldock were 17/0 off 4 overs when the heavens opened and the match was abandoned as a no result.

On Sunday Preston hosted near neighbours Lilley at the Field of Dreams, with Lilley’s “historian” later telling us that he was aware of match reports between the two villages dating from the 1890s. I bet they weren’t as good as Kenna’s.

Apparantly in those days the teams and their kit bag* travelled to the opponent’s ground by horse and cart along the Lilley Bottom Road, overtaking the Penny Farthings on a blind bend…. not much changes.

* containing one pink box, two pairs of green nobbly gloves plus a random left hand one, a pair of Tony Greig’s all in one gloves with the stuffing come out of the seams, an SS Jumbo (polyarmoured), a GN twin scoop, a WG Grace autographed thing with more linseed oil than wood, Bainesy’s jockstrap and half smoked packet of Benson & Hedges, an indestructable BB bat that legend says was pulled out of a rock by King Arthur, three pairs of pads with broken buckles and canes sticking out the fabric, one child’s pad, a windball, an iPhone charger, Casey’s cap, Casey’s kids size sleeveless jumper, Casey’s adidas socks, and an 1894 copy of Razzle (“This month – Readers’ Wives’ Ankles!”). 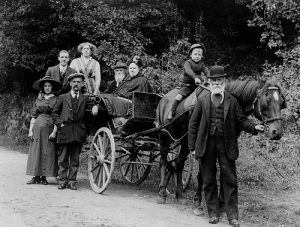 Skipper for the day “Mad Max” Anderson won the toss and decided to field first, prompting howls of derision from the hungover players, apart from the 12 year olds who immediately charged into the nets to warm up their bowling arms.

Adam Turner and Maximillian opened up. Adam was on the spot and Max bowled as fast off his long run as he does off the usual two steps. Max got a wicket and then after that I can’t really remember much. I wandered from fine leg to cover to mid-off nursing my hangover as our youngsters (Olly Catlin, Adam and Taylor Moretti) did the bulk of the bowling. Olly sent down a couple of beautiful leg breaks that had the batsman groping at thin air.

Lilley should have been limited to around 200 but Mad Max threw the ball to Henry’s Brother, who proceeded to bowl the worst two over spell seen at the Field of Dreams since Colesy almost caused Cyril Flood to have a nervous breakdown when each delivery bounced on every cut strip except the one we were playing on.

Lilley ended up with 230 and after a lovely tea from Jean Cole, Will Mercer and myself opened up. Lilley weren’t in the mood to give anything away, and a few sledges of “pressure’s on the batsman” and “run rate is going up” had the desired effect of winding me up. Lads, we bowled Henry’s Brother at you. Henry’s. Brother.

Wilson and I took the score to about 80 before we both fell, whereupon Alf showed the aggressive side to his game and slapped a rapid number of boundaries. Dean didn’t quite get the hang of quick singles, so Alf ran him out before losing his own wicket as guilt overcame him. Adam and Olly didn’t last long, unfortunately, and with the required run rate approaching ten per over Justin strode to the crease determined to put his record runs in a season out of reach for the next hundred years.