LHS, Muzza, Ben Hillage, Ando & H the heroes as the Sunday Young Guns evade the Met Police Bushey to reach the semi-finals for the first time since 2004, despite Jack M batting with his eyes shut

On Sunday Preston traveled away to Met Police Bushey in the quarter finals of the Saracens Herts League County Trophy. After winning the toss, we decided to bowl first, but despite a good start MPB moved nicely to 105 for 1 after 25 overs. Then the inspired introduction of champion part-time leg-spinner Louis Harrington-Smith (7.3overs 5 for 25) alongside skipper Max Anderson (2 for 21 in 10 overs) saw the innings turned on its head as Met Police were dismissed for 178. Henry Morecroft (7.2 overs 2 for 10) cleaned up the tail after a miserly opening burst.

Preston’s innings got off to a flier as we reached 50 off the first 8 overs. Met police managed to get themselves back in the game by taking three wickets to restrict Preston to 70-3, with Jack Morecroft missing a straight one first up that in no way moved massively off the seam. Suddenly Preston looked to be struggling, but in came vice captain Ben Hill (52 not out) who with Pete Murrell (31) put us back on top during a decent spell of bowling from the home side. Preston then cruised to the victory reaching the target with plenty of time to spare.

Preston will now meet Shenley Village at their ground in the semi-finals which will take place on Sunday 17th August. 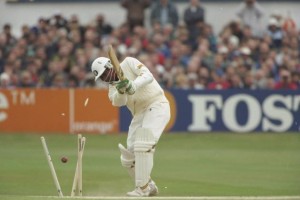 Jack Morecroft misses a straight one on Sunday