The first week of the post league season saw us travel to Harpenden for the ¼ final of the incredible cup.  The game took place at the second day of trying, after the first game had been rained off with us in a dominant position, and we were hopeful of a similar performance.  Two unchanged teams took to the field with Harpenden again batting first,  A good first over by Tom saw a wicket thanks to a catch from Olly C. Some more steady overs saw the score held to 214/1 at the end of the first pair’s innings.  The second pair added a net 14 for 2 dismissals, thanks to two wickets in consecutive balls from Joe, one courtesy of another catch by Olly C.  The third pair added 22 with one dismissal to a fierce Pushan delivery that was well caught by Joe behind the stumps.  The final pair struggled to get the tight bowling of Joe Push and Olly away and the innings closed on 255/5 with a run out coming off the last ball.

The reply did not start to well with a couple of wickets falling and us finishing on 209/2. The next four overs saw us take control as Adam and Luke took the score to 243, with Adam hitting 33 including 18 off four consecutive balls.  Push and Joe took the extras and the singles to take us into the lead on 259/3.  The tie was over a couple of overs later after Olly struck 3 boundaries and some extras took us well into the lead, the game ended with us on 280/5.

An entertaining game was played in between a heavy downpour on the bottom pitch at Hitchin. On winning the toss Redbourn invited Preston to bat and it looked a good decision as a couple of wicket left Preston on 205/2.  At the halfway stage we had recovered to 231/3 with Adam scoring 16.  With four overs to go the score had moved onto 253/3, as Push and Joe ran well and with a boundary from Joe.   The final pair ran well and with some strong striking of the ball from Olly 28, including a six, we posted 276/5.

In reply it was a similar story to the Preston innings with the score being 203/2 when the rain came.  The wickets came off successive balls from Jack, both involving Olly C, one a catch and one a run out.

After an hour delay the game restarted and a couple more wickets put Redbourn on 210/4 with 8 overs to go, the wickets falling to Joe and Oliver J. A tight four overs saw the score move to 219/5, a wicket going to Tom. The last pair for Redbourn made an excellent attempt by running well and striking boundaries including a large six but wickets off the first two balls of the last over bowled by Olly C meant they finished on 234/8. Jack taking 2-7.

A very young but talented Langleybury side put up a good show, with some fantastic fielding, especially a wonderful boundary catch.  Batting first Langleybury defended well but could not find the boundary and posted 227/6,   Langleybury were on top after the first 4 overs as they were on 218/0. A very tidy set of 4 overs saw us restrict them to 222/1, a wicket to Olly C, cleaned bowled.  It was a similar story for the next 4 overs as Tom cleaned bowled a batsman  to leave them on 228/3.  The final four overs saw us take control as 4 wickets fell, 2 to Pushan and 1 to Jack and a run out to leave us chasing 227. The pick of the Preston bowlers was Pushan with 2-10.  In reply Preston batted consistently all the way through with each pair putting at least 20 as they scored 283/8.

First pair Jack and Tom scored 19 with Jack scoring 13.  Next up Adam and Jude took us into the lead as the score finished on 244, Adam hitting 5 boundaries in scoring 22.  The third pair of Push and Joe batted as they had done in the last couple of games with both hitting boundaries to  take us to 260/6.  The final pair of the Ollys scored off 19 of the deliveries to take us through to victory and the trophy on 283/8, with Olly C scoring 18. 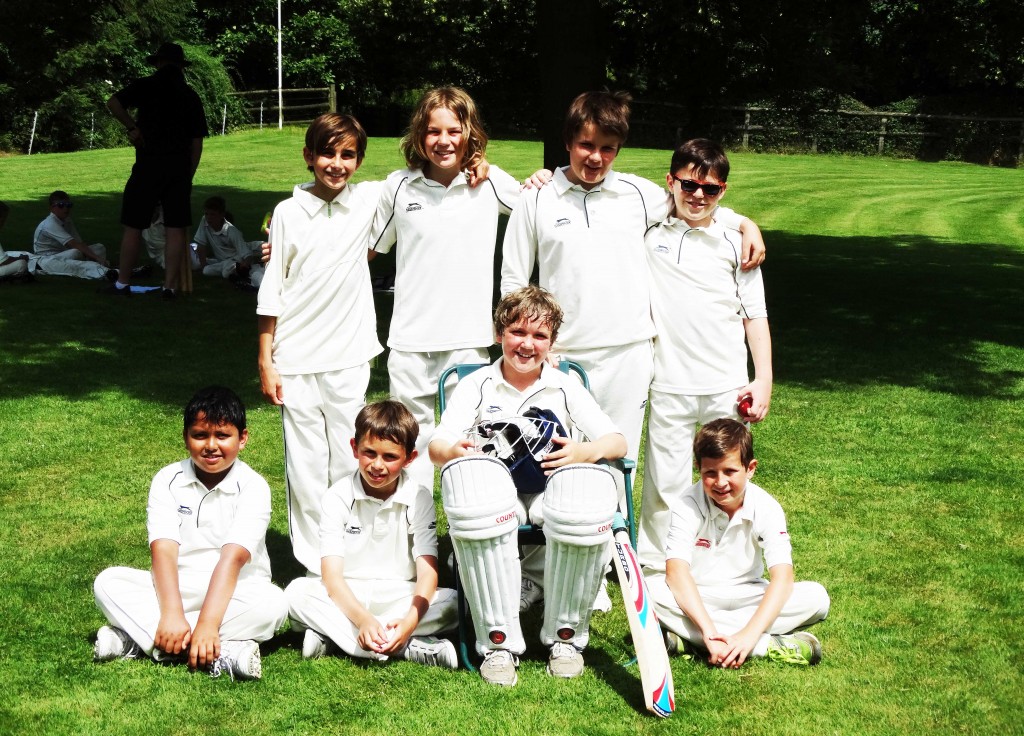