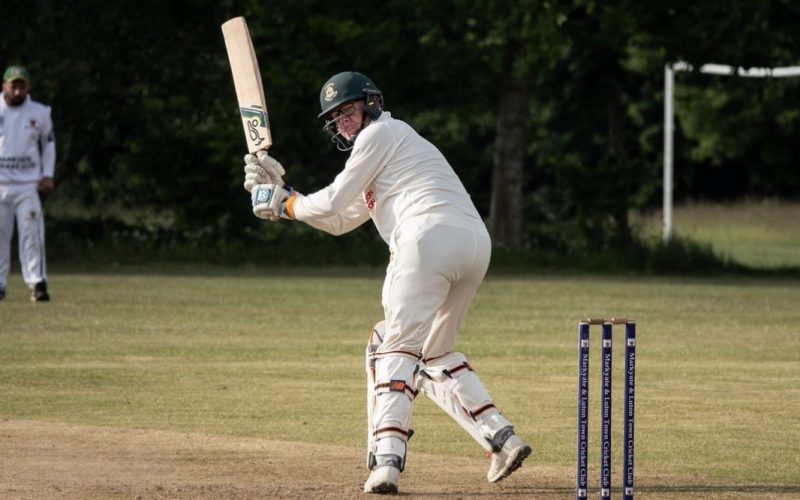 Preston 1’s had a rain affected game v LT&I CC which was eventually abandoned claiming 10 points each. Preston batted first and reached 239 with Niv chalking up another 50 (54) and Ed Wharton getting to 69. In reply LT&I were 72/1 before the rain did for the day.

Preston 2’s had an emphatic victory v Hertford 3’s winning by 8 wickets. Hertford won the toss and elected to bat but soon fell foul of some accurate bowling by the Preston battery. Waters claiming a now rarely seen 5for (5-36) supported by Gurpreet who claimed 3 wickets and Hertford crawled to 104 all out. Gooden led the charge by getting to 57 and Preston got over the line for the loss of two wickets in the 17th over.

Preston 3’s continued their charge by beating Bushey by 6 wickets. Bushey won the toss and elected to bat but were bowled out for 149. Skizza and Jacob claiming 3 wickets each. In reply, all the Preston top order contributed with Skinny (28) and Callum (22) setting up the base. Nic Staddon (36) and Skizza (30) broke the remaining back of the win.

Preston 4’s won over local friends Ickleford winning by 4 wickets. Preston won the toss and elected to field. Josh, Gillan and Andy all claimed wickets to reduce Ickleford to 84. Luke Ponder steadied the ship in reply not out for 27 with Hedgey (18) and Robert Webb (15) in support. Preston got home in the 26th over.