Liam Kenna fans (i.e. Gambo and Dave Hill) can relax – the latest match report from our arch-correspondent is here:

Preston finished up their tour with a trip to Box CC against Squirrels CC, a fellow touring side from Colwyn Bay. 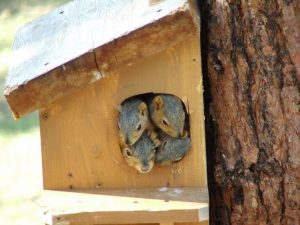 Squirrels. In a box.

After meeting the opposition in a local bar around midnight, Liam Kenna decided the toss should be decided by a boat race. Picking his side like Seve Ballesteros in the Ryder Cup, circa mid nineties, he left himself out. The team consisted of serial drinkers: Catlin, Ben Hill, Powick, Gambo Jr and his Welsh mate, Corned Beef. Preston went down to an early defeat with young Beef finishing his beer 10 minutes after the start of play.

So in the field were the Villagers. Will Mercer after his violent spell yesterday and the best overseas on show on the day – A kiwi named Andre drafted in from Shirehampton by Ashley Catlin – opened up. Mercer bowled a solitary over that lasted as long as Beef’s pint and cost more than he spent all week. Andre picked up a couple of early ones and the game was on.

‘Match Fee’ Catlin picked up 3-21 and Beef bowled well when he pitched it. A strong cameo came from Ben Hill, who should have had two stumpings and a catch taken off him by Kenna but the Welshman was mumbling something about the Ones. Gambo Jr and JP came on and the boys from the Red Lion restricted Squirrels CC to 164-6 off the reduced 25 overs.

After Mercer introduced himself to the oppo in a bar at 2am it was decided he should open up and deal with it. Gambo Jr joined him in arguably the youngest opening partnership seen on tour.

Gambo Jr got a run a ball 20 to bring Kenna to the crease. A bouncer – payback from being the most annoying man on earth – resulted in the feral man pulling it down to mid wicket 3rd ball and taking the first duck of tour.

Mercer got done by a great catch at midweek and the saviour of tour: Sir Matt Burleigh joined Powick in the middle. The pair raced to 88 for 3 in no time. The Australian bringing up his 50 in 33 balls and Bomber with a sturdy 5.

Powick finally departed scoring a quick 83 and was heard quietly telling himself he was the ‘Greatest Australian alive’ and who could deny him. You could get lost in those blue eyes.

Andre and Bomber put on 84 to see the Preston lads home. Scoring 31 and 29 respectively. 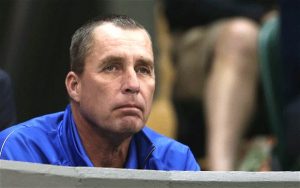 So tour has come to an end two wins and a defeat. The boys have laughed, Will Mercer has cried. We’ve all had a great time and El Vino did flow. Smudger even did the two things he loves in life: Watch cricket and tell off Kenna.

(Mr Kenna would like it known that if you read selected pages from his book, “Cricket Banter”, via Google, please buy him a half in lieu of missing royalties).