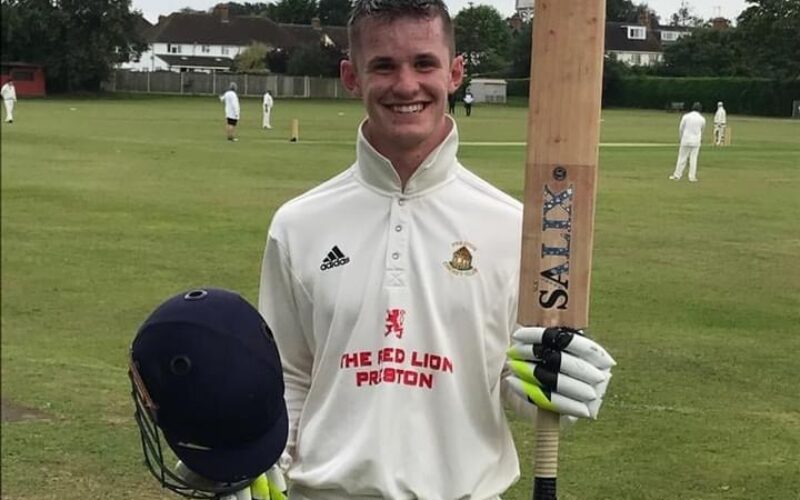 🔈 An outstanding team performance from Preston saw them record a vital win against Shenley, securing their place in Championship with two games remaining.

In the rain-affected afternoon – Preston were asked to bat first, with the game reduced to 32 overs. With a lot potentially riding on the afternoon openers Jake George & William Gallimore set off in fantastic fashion, reaching 74 in the 11th over before George eventually fell for 34.

Gallimore would fall shortly after for 41 off 33, but the positive intent continued. Jack Stevens started sending the ball to all parts with 47 off 37 ably supported by Callum Henderson’s run a ball, 32. Preston would eventually reach 199/9 off their 32 overs.

There would be no room for Preston to get complacent. Shenley’s star studied Shenley batting lineup, including Northants player Charles Thurston.

Thurston looked to line up the Preston attack on the way to a quick 40. But when the ever consistent duo of Casey Walker (1/24) and Peter Murrell (4/19) made the vital breakthroughs, there was only one winner.

Preston’s energy and outstanding fielding made it near impossible for any Shenley batsmen to make a mark. Preston would collect the remaining 9 wickets for just 21 runs. Player of the Match Jack Stevens ending with remarkable figures of 4 for just 3 runs.

17-year-old Luke Ponder top-scored with a crucial 58, his first half-century in senior cricket, to turn the innings around after the top order had crumbled to 65 for 5. Ponder had useful partnerships with Pushan Chakraborty (41), Glenn Thompson (17) and Tom Maxwell (43*) that took his side to an imposing 232 for 9 from 45 overs.

Bushey made a good effort to attack the target, but Preston’s bowlers were on form and the fielders took every catch they were offered, as the visitors regularly lost wickets to be all out in the 44th over for 188. The 3rds are now in 4th place, 19 points from the promotion spots, with 2 games remaining. 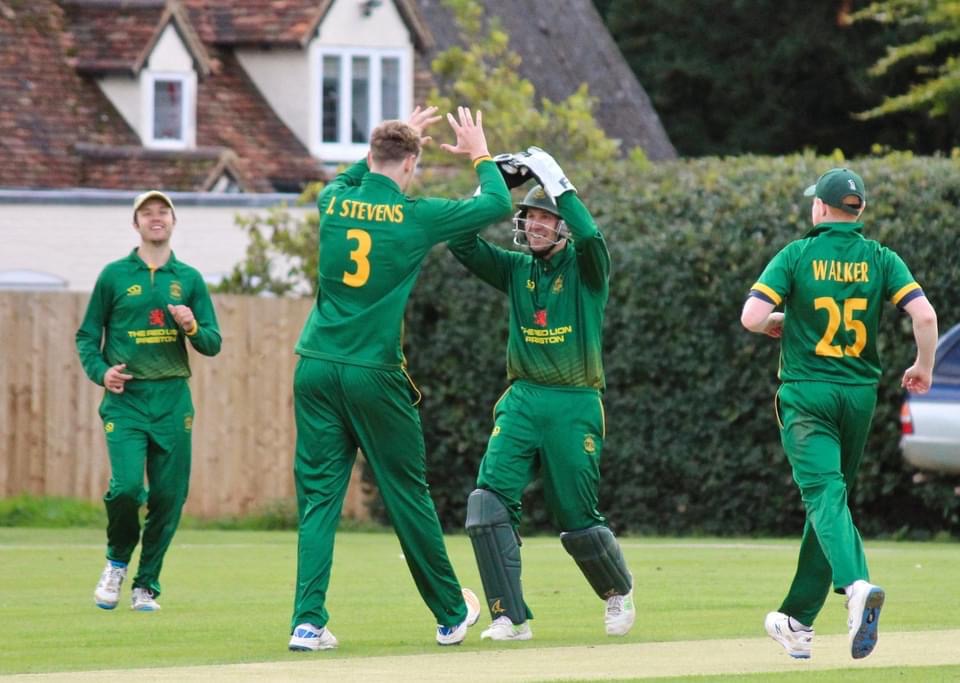