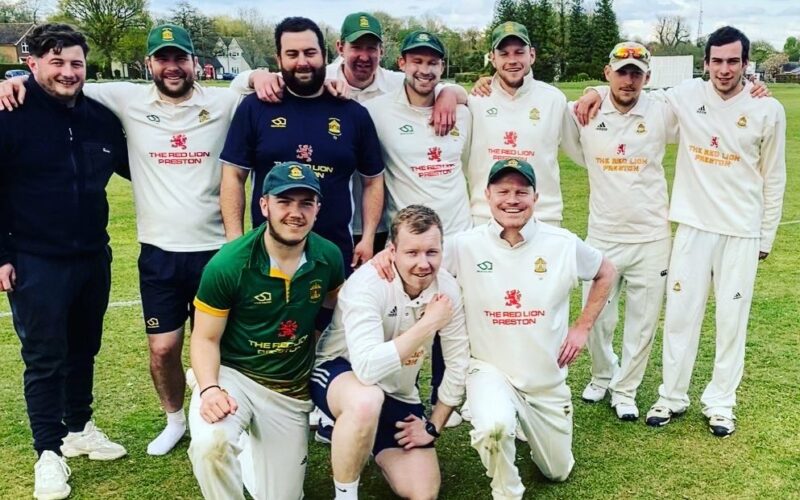 WOW, what a difference 24 hours can make. From a wintery league start on Saturday to a scramble for the sun lotion on Sunday. We start the weekend wrap in reverse this week as the main headline was an outstanding team performance that saw Preston beat 2017 & 19 winners, Reed, in The National Village Cup. Setting up a huge home tie against Sawbridgeworth on Sunday, 23rd May.

Sunday 1st XI – Preston continued their journey in the National Village Cup with a 56 RUN victory over Reed. Being asked to Bat first, Preston cautiously moved 51/3 off their first 20 overs, Plumb (23) seeing off a moving new ball. However, conscious of an experienced Reed batting line coming, Preston started to move through gears amidst middle-order wobble. It was here, captain Pete Murrell took it into his own hands, scoring a near run a ball 38 before Max Anderson bludgeoned 23 off 16, which swung the game in Prestons favour setting Reed 168.

Reed, as expected, set off with real intent; however, experienced opening bowlers Casey Walker (1/27) & Oliver Gallimore (2/41) picked up much-needed wickets every time a partnership loomed. Highlighted by Jack Moorecroft’s flying one-handed catch, which put Preston in the driving seat with Reed 43/3 off 11. This allowed Murrell & Tim Collins to get stuck into Reed’s middle order, which offered little once Richard Barlow fell for a well crafted 49. Preston continued to take regular wickets before finally bowling Reed out for 111, winning by 58 runs. Tim Collins finishing for 4/18.
Preston will now host Sawbridgeworth in the next round after they were victorious over last years finalist, Redbourn. Both teams will be well aware of the recent success of Reed & Redbourn in the NVC, adding extra spice to the tie. Both believing they can go far in this season’s competition.

Sunday League XI – Travelled to Elstow in the Beds League and what game it was. Batting First Elstow mustard up 158 after a great team bowling performance. Henderson (3/24) and Islam (2/31) the pick. Henderson (22), Wides (38) and James Skirrow (42*) batted beautifully; however, Preston agonisingly ended up 1 run short. We would also like to wish John Ashby a speedy recovery.

Saturday 1st XI – started their Championship campaign off with a 41 run loss over Hemel Hempstead. With the game reduced to 35 overs aside, Preston chose to field first, bowling & fielded excellently. Walker (0/20), Anderson (1/23) and Murrell (0/26) going for just 69 off their 21 overs.

Eventually set 162 to win; Preston set off in a comfortable fashion with both openers James Stevens (42) & Phil Simpson (17) batting with good intent. However, looking like the game was set for a close finish, Preston crumbled from 83/3 to 120 all out. The team will be looking to bouce back next weekend against Langleybury.

2nd XI – promotion campaign got off to a great start with a 91 RUN WIN over Old Cholmeleians CC. With the game reduced to 30 overs, Preston set an impressive 166. William Gallimore (41), along with old guard David Fleckney (55*) & Warren Hearne (50), looking on fire form. Old Cholmeleians CC offer little resistance in return, ending up bowled out for just 75. Waters (3/6), Fleckney (4/16) and Battersby (3/23) doing the damage.

4th XI – cam second to a vert good Flamstead side. Set as a 35 over game, Preston set a stately 191. Run machine Garnham (61), Iain Williamson (32), Saunders (40) and Nigel Biggs (35) all scoring well. Flamstead, though, didn’t get the memo and chased down with 7 balls spare. Jacob Williamson 1/23 ending with respectable figures.

You can find all scorecards on play cricket: https://prestoncc.play-cricket.com/Matches 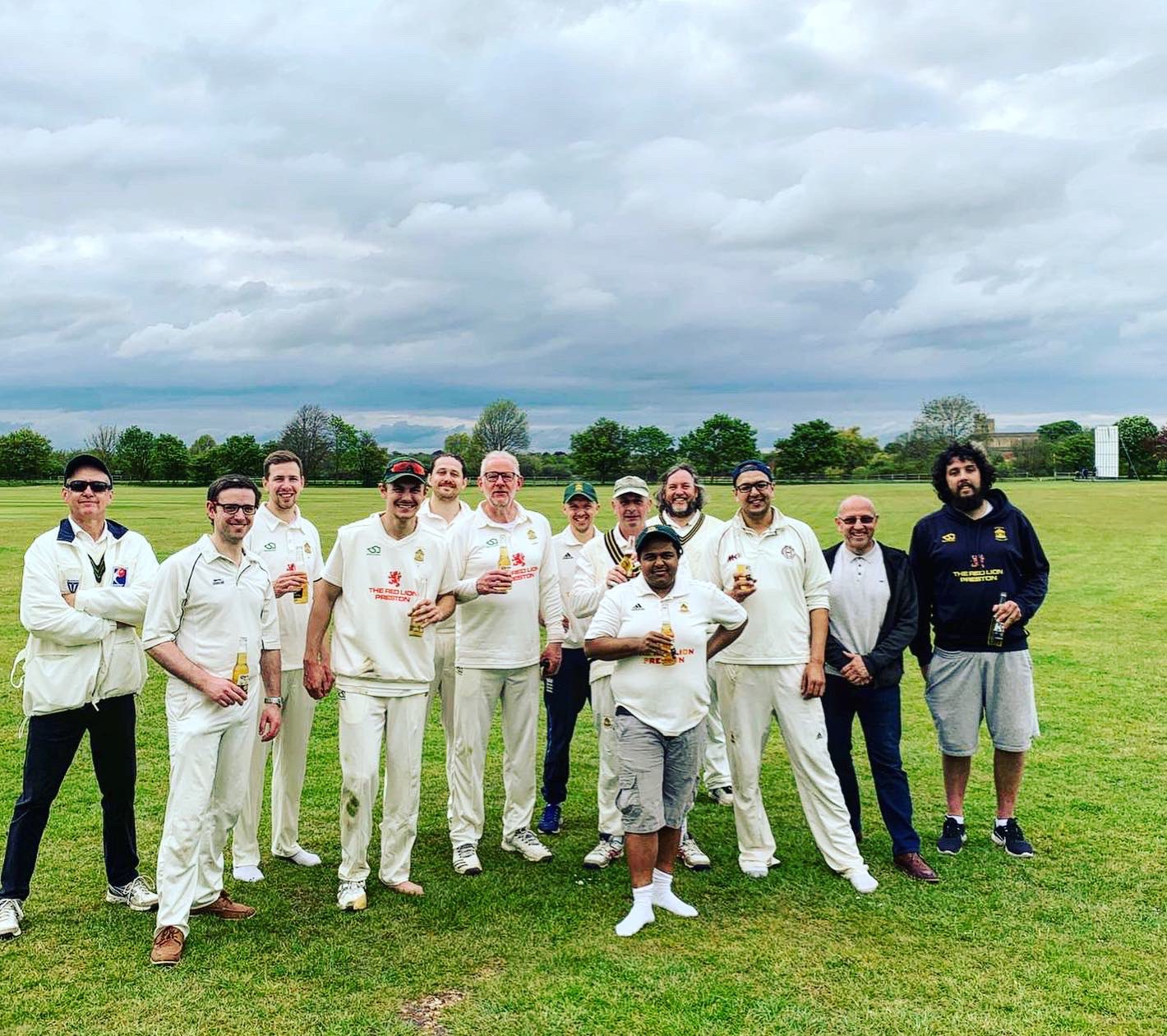