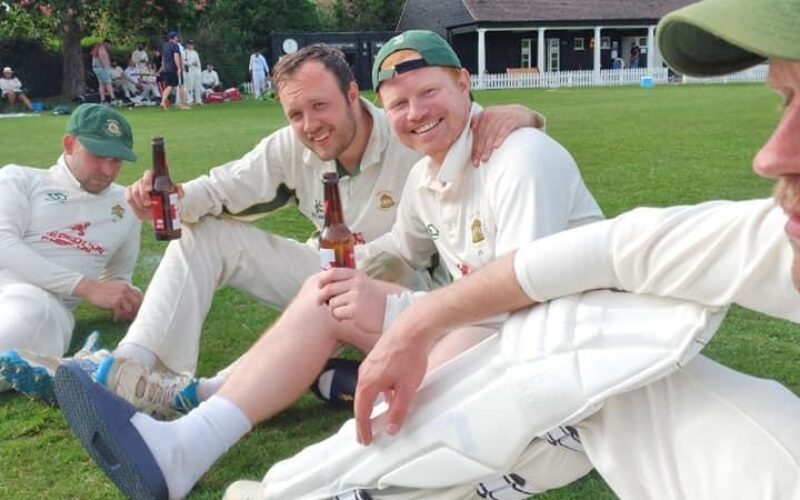 Preston reached the national round of the Voneus Village Cup for the first time in their history thanks to a six-wicket win over Knebworth Park in the Bedfordshire & Hertfordshire regional final, writes Matt Burleigh.

Peter Murrell was the hero with the ball, taking a double hat-trick – four wickets in four balls – while George Biggs led the chase with 89 not out.

In front of a large crowd of well over 100 supporters from both sides, Preston won the toss on their home pitch and elected to field first.

Knebworth, though, got off to a confident start through openers Josh Roseberry  and Adam Sargent, before a fine catch by Ollie Catlin on the midwicket boundary removed the latter for 16.  Charlie Randall joined Roseberry in a 79-run partnership that threatened to take Park to an imposing total.

The match turned in Preston’s favour in the 28th over when Randall (29) was run out by Dan Plumb, and then Roseberry was bowled by Max Anderson for 51. Archie Stephens made 33 but wickets fell regularly at the other end to restrict the scoring rate.

Then, a sensational final over saw off-spinner Peter Murrell take four wickets with the last four balls of the innings – two LBWs, a clean bowled and a stumping, to finish with figures of 6 for 32 from 8 overs, and dismiss Knebworth for 156.

Murrell then strode out to open the innings in typical attacking fashion, accompanied by George Biggs. They smashed 35 runs off the first four overs to put Preston firmly in control, before Murrell (17) holed out to Robert Morley on the long-on boundary.

Biggs batted superbly for the rest of the innings, supported by Jack (12) and James Stevens (23). His unbeaten 89 from 86 balls, with 11 fours, took Preston to victory by 6 wickets inside 28 overs, and he fittingly finished the match with a towering six.