Preston 1st XI secured a comprehensive 9 wicket victory over a poor County Hall side in SHL Division 2 on Saturday, condemning them to relegation in the process.

Skipper Warren Hearne had little hesitation in asking the hosts to bat first on wicket that had been affected by heavy overnight rain, and they set about their task in superb fashion, reducing Hall to 29 for 4 by the 10th over. Evergreen paceman Mark Waters (12.4 overs, 4 maidens, 5 for 27) showed his class with the ball ably supported by fellow opening bowler Tim Stevens (1 for 20), and with the introduction of left arm spinner Max Anderson (3 for 16) Preston had dismissed their hosts for a well below par score of 75 by just the 23rd over.

Preston’s opening pair of Hearne (21) and James Stevens (49*) put on 56 in quick time for the 1st wicket before the skipper was unfortunately run out backing up, allowing James’ brother Jack to help guide Preston home to victory in the 11th over with 9 wickets in hand. The game was finished by 3.20pm!

Chasing a top 10 position in Division 5, Preston 2nd XI won a crucial match at home against struggling Knebworth Park 3rds. After early wickets for opening bowlers Finlay Connah and Ollie Gallimore, sensible batting saw Park reach 119 for 3 after 40 overs on a slow, damp track. But Park’s middle order then committed hari kari, losing their remaining wickets for just 24 runs as Nick Jones (4 for 22) and Andy Riant (3 for 61) dismissed the visitors for 143.

Knebworth’s bowlers made Preston’s batsmen work hard for their runs in a tense chase. Fortunately opener Callum Blair (32), Richard Gatehouse (31) and finally skipper Ashly Catlin (41*) knuckled down to see Preston to victory by 7 wickets in the 42nd over.

Preston 3rds bid to finish in the top half of Division 10 was dealt a blow by defeat at Hitchin Boys’ School to Hertingfordbury 2nds. Ian Purton (25) top scored as Preston were dismissed for just 137. Despite early wickets for Preston, some crucial dropped catches and a lack of bowling options cost the home side dear. Bury ran out winners by 7 wickets in the 40th over.

Preston 4ths visited Knebworth Park 5ths at Aston on Saturday with the knowledge that a win would mean avoiding relegation from Division 11 East. Skipper Dave Saunders inserted the hosts, who were bowled out for 128. Chris Newell bowled 18 superb overs and took 3 for 34 whilst Terry Neale ripped through the middle order taking 4 for 35. Youngster Will Mercer was outstanding behind the stumps with 3 victims.

Jon Skirrow was exhilarating as usual with 43 quick runs, and there was a more gritty approach from Saunders with 36 as Preston got home by 6 wickets to finish 14th in the division! 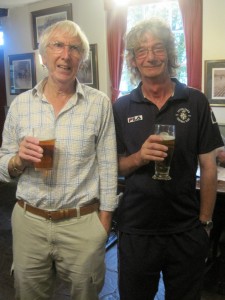 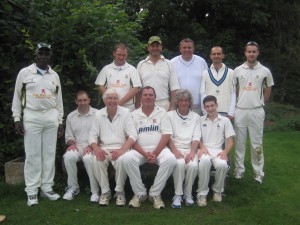